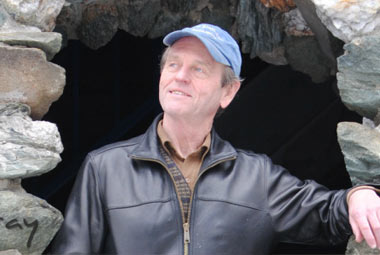 Bob Murray grew up in Kingston, Ontario, Canada, and is a former professional hockey player, author and musician with two solo albums in distribution--Alligator Tears and Lifelines —both recorded live at the North of Eden Retreat Center in Lowell, Vermont. A third album is now available, this one a studio collaboration with keyboard and accordion master, Jeremiah McLane, entitled O Boss Man. The most recent album is a double cd compilation by his band, Bob and The Trubadors (Bob, Jeremiah McLane, Jim Goss, Getty Payson), called Child Inside Be Heard.  Bob is also the author of  A Chicken Hawk Goes Home: One Man's Journey Through Archetypal Dreamwork, a deeply personal spiritual memoir published in 2010.

He holds an undergraduate degree from Cornell University and an MFA in Creative Writing—Poetry from Vermont College. One of the Executive Directors of the North of Eden community, Bob is its Music Director and teaches Musicality (vulnerability through music) at the North of Eden Center for Archetypal Dreamwork in Montpelier, Vermont, and in private practice. He lives nearby in Plainfield VT with his daughter, Samantha.