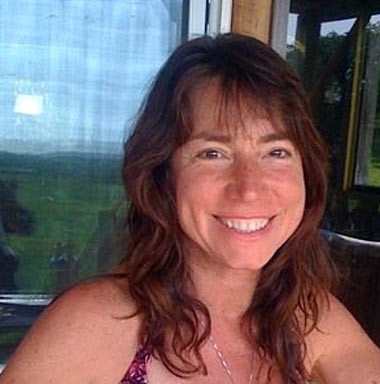 I have been a seeker all my life.  I was born the daughter of a Methodist minister and felt the Divine presence in my life from an early age.  As a teenager, I began practicing and studying yoga and meditation, exploring many spiritual paths. I was fortunate to find Archetypal Dreamwork in 1989 when I was still in my 20s, working one-on one and in classes, with founder, Marc Bregman.  Archetypal Dreamwork has continued to be a guiding light, a constant companion, ever since.

Throughout the 1990s, as I continued to spiral deeper into my own personal work, my life was full raising children, teaching music in public schools, performing music, dance, and theater in a variety of ensembles, and earning a BA in psychology and music education from Skidmore College. In 2000, guided by my dreams, I was shown that my busy, performance-oriented lifestyle was one of the ways I avoided embracing my soul’s true calling, and so, I left the public eye to open a small school in my own home.  Over the years, the little school has grown to become AllTogetherNow! Preschool and Community Arts Center, providing early education, summer camps, and learning opportunities for all ages in the arts and sustainable living (alltogethernowvt.org).  I also began training toward becoming an Archetypal Dreamwork analyst and teacher, and in 2004 I joined North of Eden as the Director of Public Relations.  I have been practicing as an analyst since 2008 and have helped facilitate presentations and retreats in France, Italy, Spain, the UK, and several retreat centers throughout the U.S. including Kripalu, Esalen, Rowe, Breitenbush, Hollyhock, and our own retreat center, North of Eden, here in Vermont.