Hubris of the Heavens: Archetypal Dreamwork and Rudhyarian Astrology 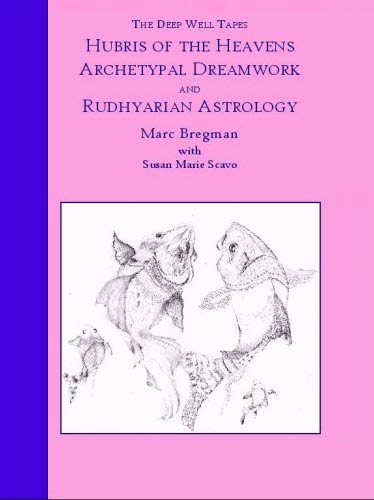 Author:
Marc Bregman
Download a PDF version of this book:

This final volume in the four-book series The Deep Well Tapes presents the overarching philosophy of Archetypal Dreamwork through the lens of astrology. Marc Bregman expounds on the work of Dane Rudhyar, the creator of transpersonal astrology, to show how the astrological birth chart illuminates the message of dreams.

Originally intended to be used alongside Jungian depth psychology, Rudhyarian astrology uses the cyclical relationships of planets to address the psychological and spiritual forces working in individuals. These forces, however, can only truly be understood through dreams. In Hubris of the Heavens, Marc describes how astrology informs the dream, shedding light on both the obstacles and openings to the soul journey.

This groundbreaking book explores planets and their cycles and aspects, the meaning of the south and north nodes of the moon, the cycles of the signs, and the difference between ego-centered and solar-centered consciousness.
Both practical and esoteric, this book is for anyone interested in the role of astrology in the practice of Archetypal Dreamwork.

Working with Rudhyarian Astrology, on the other hand, is the process of going horizontal and is an extremely general process. This is why this book is called, Hubris of the Heavens. Hubris means pride and arrogance, but the root of the word is from the Greek hybris and means wanton violence, insolence, outrage. The application of astrology, of the horizontal, without the anchor of the dream, the vertical, is general and extremely dangerous. When we are faced with generalities, pathology can use those generalities in any way it wants. This is why the dreams are so incredibly precise for an individual and their process in a particular moment..

But astrology can be used in service to dreams for the application of astrology can hone and clarify the dreams themselves. In that process of clarifying dreams, we can sense the uniqueness of the individual that is being reflected in the dream. The chart can actually act as a sounding board to the complexity of the dream, lending a structure and a depth of understanding.

Most importantly, however and again, the dream precedes the astrology. Not only does the chart by itself tell us nothing, but the guesses we might make based on the chart may negatively influence what a dream is actually trying to reveal. The true dreamwork practitioner seeks to understand the dream first by reflecting the dream back to the chart itself rather than imposing the chart onto the dream.

The therapeutic mind must be sensitive to the unconscious and not bring rational idolatry to the dream. Any judgment brought to a dream is vulnerable to being incorrect because no symbol has the same meaning for two people. Even if there is a pattern of meaning, a pattern of processes in dreams that seem to recur in meaning from one person to another, there is always the one person for whom the pattern does match, in which a symbol means something utterly different.

This is true because good often appears bad and bad often appears good in dreams. The dream can never be taken for granted. When using a chart, it should help with perceiving the subtle nature of the dream, with catching its double message, rather than bringing judgment to the dream and creating an overstructured understanding before the unconscious has had a chance to reveal its mystery.

Mystery means my story. To understand one’s story, we must approach it as a mystery in which the unconscious finds a way to reach us if we are open and willing to listen. Astrology can be such a listening device by learning the mythical underpinnings of the astrology and the geometric relationships that the planets make with one another.

We can glean into the nature of the unconscious through the dream and its desire to reveal subtle truths and meanings. In a dream, especially in early stage dreams, nothing may be as it seems.

The basis of astrology in working with dreams is based on Rudhyar’s treatise on cyclical relationships with planets. It is not like most astrology. In many forms of astrology, signage often plays a key role. But in this way of working with astrology, signage, which is the signs that the planets are in on a chart, has very little meaning as far as understanding the nature of a person’s personality. We are not interested in the meaning of the sign as it relates to personality. 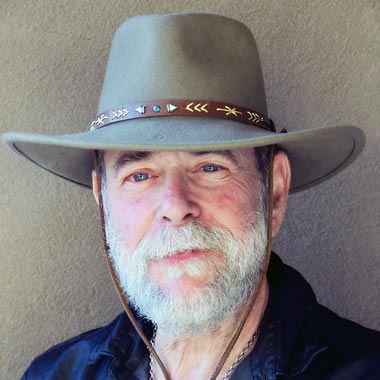 Marc Bregman is the visionary teacher and founder of Archetypal Dreamwork. His whole life has been informed by an inner knowing of Divine Presence and an impassioned desire to bring to others an understanding of the profound mystery of Dreams. When his life partner in the Dreamwork, Christa Lancaster,  became his real life love partner, their union sparked a fire in the world. Together they live the Dream journey, incorporating both the mundane and the mystical into their  ongoing exploration of relationship, intimacy and the Divine.